The following piece -"What's So Great About Han Solo Anyways?" is by Steve Dunk.

Were five months away from the release of the highly ballyhooed Han Solo standalone film so it makes sense for us to take a look at why this deviant is so popular within the Star Wars universe. In short, hes us. Hes the lens for which we see the original trilogy through and beyond. But like everything else within the Star Wars universe theres more to it and its complicated, just like the man himself.

Growing up watching this trilogy unfold we could never hope to be Force wielders like Luke Skywalker, Obi-Wan Kenobi or Leia Organa. Or aliens like Chewbacca, Jabba the Hutt and Yoda. And obviously droids like Rd-D2 and C3-PO were out of the question.

So what is it about Han Solo then that makes him attractive? I believe its because hes completely average and entirely relatable in relative Star Wars termsheck, you probably already know a Han Solo in your own life right now!

I mean theres nothing particular special about him. He doesnt have force abilities, hes not particularly strong or agile and hes not even the best pilot in the galaxy anymore, that honor likely goes to Hera Syndulla. But hes the closest thing to you and me in the Star Wars series of films, at least until we were introduced to Finn in Episode VII and Rose in Episode VIII.

"Han Solo is that character that we always wished we could be. I think most of us felt like Luke Skywalker, but we would have loved to have been Han Solo."
-Peter Jackson

Hes brash, cocky, fallible and entirely human. Hes even humble at times, it took a while, but even Han Solo admits when hes wrong. His greatest moment of growth in The Force Awakens is when he first encounters Rey and Finn and admits that he was wrong the whole time about the Force and the Jedi, and that it is in fact all true. Wise words from a man who once famously said, Hokey religions and ancient weapons are no match for a good blaster at your side, kid.

He does have some admirable traits, when hes not bragging about his Kessel Run achievement that is. He values loyalty and has a soft spot for people who are seemingly oppressed. He may parade as a thick skinned apathetic scoundrel, but when push comes to shove he stayed behind and got Leia off Hoth, he risked his neck for Luke on more than one occasion and he freed Chewbacca from enslavement.

When you talk about what it means to be Han Solo, youre talking about what it means to be human. The space adventures he goes on evoke all the traits that which we all aspire to possess such as compassion, earnestness, sympathy and loving. These lessons dont come easy in life and they dont come easy to Han Solo either. In perhaps the greatest metaphorical plot device ever, the guy literally had to be frozen in carbonate just so he could learn the lesson of self-sacrifice.

His Jungian transition from sidekick, to trickster, to shape shifter happens so naturally you dont even realize that its happening until the whole saga is over. Thats because no matter what happens, hes always truthful with himself and those around him. Hes consistently defiant and resilient, but the resourceful and industrious Corellian smuggler completes every task in a truthful and honest way. 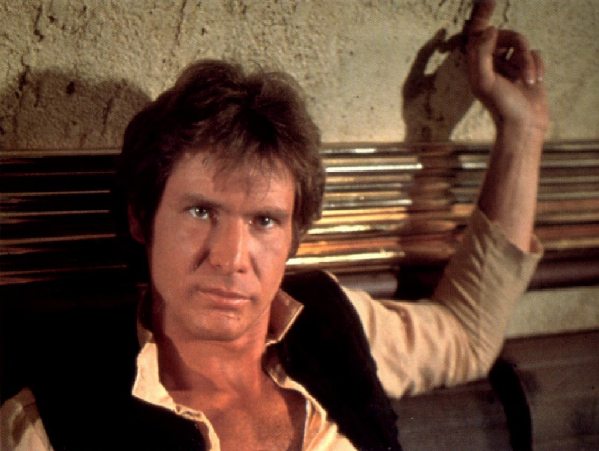 So much of who he is when we catch up with him in Star Wars: A New Hope can be directly traced back to his fractured childhood. Orphaned at a young age and having to survive on his own, he turned to a life of crime early favoring theft and smuggling. Fate would intervene when Solo would meet and free the Wookiee Chewbacca from enslavement thus creating one of the great partnerships in film history.

I saved him (Chewbacca), at least thats what he says, the big furry fool, but really, he save me. I was on a bad path, and Chewie, he put me straight
-Han Solo, Aftermath: Life Debt

Together they would create a reputation around the galaxy as first rate smugglers and their moxy would only improve during an ill-fated game of Sabacc against famous gambler Lando Calrissian. Its here Solo would win the TY-1300f light freighter, most commonly known as the Millennium Falcon.

Not knowing any of this at the time didnt stop legions of fans from falling in love with the rebel without a cause. Whether its his bad boy image that triggers parental disobedience or Harrison Fords raw sexuality at the time, Han Solo was and remains one of the most popular Star Wars characters ever. In most every poll ever conducted he routinely finishes at the top of the list, and when he does finish second its only ever to Darth Vadernot too shabby. 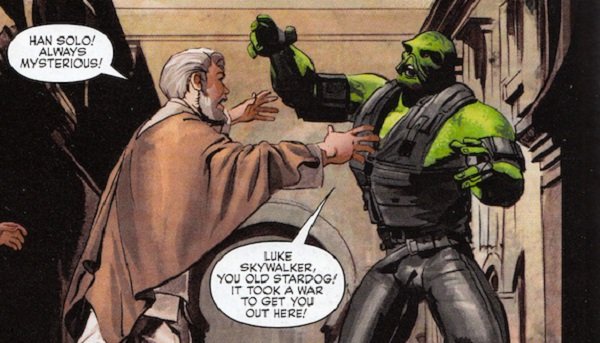 Looking back now its hard to believe that George Lucass original idea for Solo was a seven foot tall green skinned Ureallian who ran with the Jedi Bendu. In an even odder arrangement, Ureallians were known for hunting and capturing Wookiees on Kashyyyk so its fitting that Chewbacca, a Wookiee, would end up being the human Solos co-pilot and lifelong friend.

In an act of kismet, the casting of Harrison Ford as Solo now seems obvious but not so much at the time. It wasnt until Lucas had seen enough of a revolving door of ultra-masculine contrived Hollywood actors did he finally decide on Ford which would have more to do with familiarity than talent. Lucas knew Ford from American Graffiti and had hired him to read lines against other potential players.

His natural charisma alongside Mark Hamill and Carrie Fisher would exude on and off the screen and his iconic take on the space pirate would make Ford world famous and lead to other roles such as Indiana Jones, another rough around the edges protagonist with a soft center. If George Lucas gets credit for creating the character, Ford gets all the credit for making Han Solo a living breathing demigod and would prove to be one of the great romantic leads for decades to come.

Cast to play a young Han Solo in the forthcoming standalone Star Wars film is 28-year-old American actor Alden Ehrenreich. It would appear the film will be a swashbuckling heist feature focusing more on Solos greatest hits so to speak. So will we see some of these moments in time that only legend speaks of? The historic encounter with Chewbacca on Kashyyyk? The 12 parsec Kessel run? The Sabacc game? Or how about the spice deal between Solo and Jabba Desilijic Tiure aka the Hutt which is what brought him to the cantina on Tatooine in the first place? 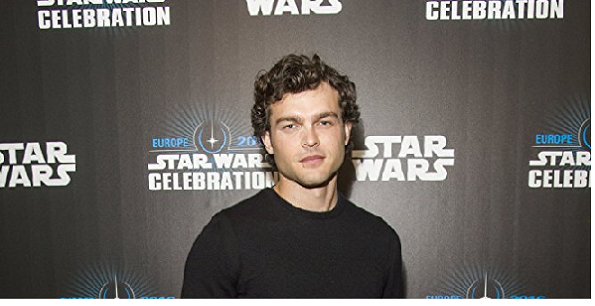 And even though Han Solo is forever synonymous with Leia Organa, as the two are basically inseparable, will we see one of his most important female relationships in Sana Starros? Could fans accept seeing him with someone romantically that isnt the Princess of Alderaan? 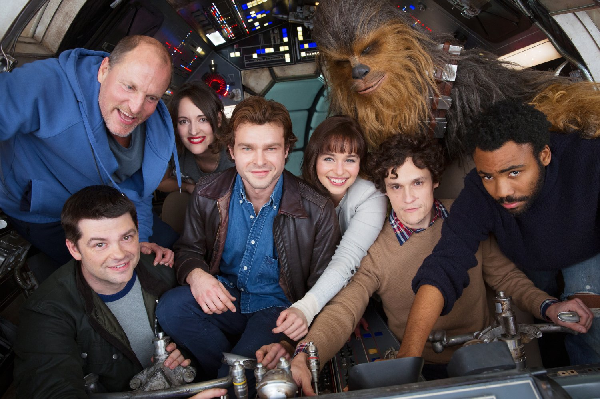 Star Wars finds itself in a rare moment these days where theyve had to defend their latest film The Last Jedi as the reception has been mixed. And with the troubles the Solo film has encountered, specifically with changing directors more than half way through and more reshoots than originally thought, blood is in the water. The pressure to get the most popular Star Wars character right will be tremendous and Im sure scrutiny is expected.

But whats fun about this film is that the stakes are relatively low this time around. We know most of what happens thanks to canon novels and none of that involves saving the universe. All in all it should be a rare stress free moment where Star Wars fans can sit back, relax and enjoy the ride.

Director Ron Howard doesnt have to expand on the legend of Han Solohe just has to tell it.