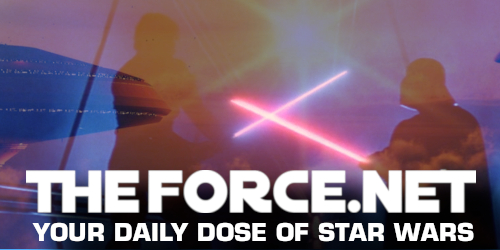 Go For A Swim With The Imperial Handbook's Aquatic Assault Stormtrooper

becker&mayer! Book Producers have provided TheForce.Net with the below image of an Aquatic Assault Stormtrooper (artwork by Velvet Engine Studio) from the forthcoming Star Wars: The Imperial Handbook.

Written by noted Star Wars author Daniel Wallace, the book serves as a guide for commanders of the Imperial Military. In-universe authors include Admirals Wullf Yularen and Antonio Motti, as well as General Cassio Tagge and of course, Grand Moff Wilhuff Tarkin. As with The Jedi Code, Book of Sith, and The Bounty Hunter Code, the book will also include annotations from characters with a different point of view including Wedge Antilles, Leia Organa, Han Solo, Luke Skywalker, and Mon Mothma.

Aquatic assault stormtroopers, or seatroopers, are deployed on oceanic worlds to pacify threats beneath the waves. The armor's air supply lasts over an hour and is resistant to crushing ocean depths. Underwater mobility is aided by flippered boots and a backpack propulsion unit. 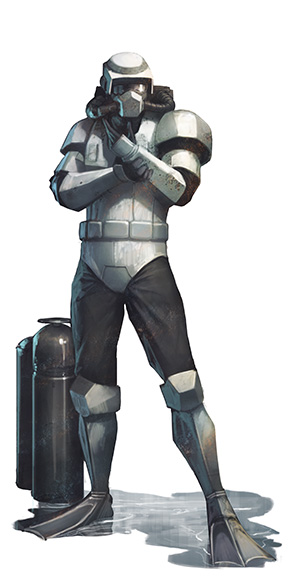 An essential read for Imperials and Star Wars fans everywhere, the deluxe edition of Star Wars: The Imperial Handbook goes on sale October 14. Click HERE to order from becker&mayer!.

Jedi Council Forums
* RYL - PT Social Thread: It's the End of the World As We Know It (We feel fine?)
* The Oyu'baat cafe, BETA version: About as Five Star as you get on Mandalore
* Pandemics in the Age of Globalization: Coronavirus (COVID-19) Discussion
* Free Association Thread.
* Star Wars Celebration (social thread)
* Guardians of Light: The EUC Jedi ~ ~ Close Your Eyes... Feel It... the Light. ~ ~
* Teh-Mole Ep. 4: This isn't Teh Mole You're Looking For...
* "Race" Relations (was "U.S. Society and Black Men")
* Political ****posting Thread
* What was the last movie you saw? (Ver. 2)